Speaking to the broadcasting television channel eNCA on Monday, Kgokolo said the development came following financial constraints at the carrier.

“The situation at Mango is quite unfortunate. We are aware at a group level that there are delayed salaries and what we can say is that the board and shareholders have agreed that mango will go into business rescue.

“We are currently consulting… in terms of how we can manage that particular process,” Kgokolo said.

He said the issue should be addressed in the coming weeks as part of a R2.7 billion bailout given to SAA subsidiaries.

According to EWN, SAA faced the same crisis in 2019 and was given $10.5 billion by government to cover its business rescue process.

“As a subsidiary, Mango was expected to get R819 million to help with restructuring, paying off debt and providing working capital to fly again,” the report said.

The national carrier has been unprofitable for almost a decade, surviving on state bailouts and government debt guarantees, and was placed under administration a year ago, BusinessTech reported.

Emirates to resume flights to SA, Nigeria after ban 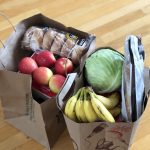