Bamako proved unable to service its debt during the January-July sanction period, the finance ministry said in a statement.

After the penalties, which included a financial and trade embargo, were lifted on July 3, “all measures were taken to settle the outstanding sums”, it added.

“The State of Mali has the honour of informing economic operators and technical and financial partners that all of Mali’s outstanding debts have been settled,” the statement said.

One of the poorest nations in the world, Mali has been battered by a jihadist campaign that began in the north in 2012 and has claimed thousands of lives and displaced hundreds of thousands.

That led the World Bank and African Development Bank to suspend payments to Bamako, which had defaulted particularly on loans raised on the West African markets.

The junta finally accepted demands from the Economic Community of West African States (ECOWAS) and scrapped plans for a return to civilian rule after five years.

New electoral legislation has been drawn up and a date set for presidential elections in February 2024. 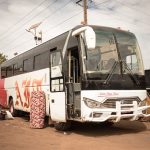 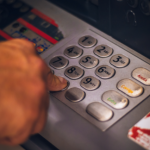