Lilongwe – Malawi police have arrested a former finance minister and an ex-central bank chief for fabricating figures in a bid to impress the IMF, they said on Wednesday.

Joseph Mwanamveka, 57, and Reserve Bank of Malawi former governor, Dalitso Kabambe, 48, are accused of having cooked up numbers to secure a loan from the Washington-based development and crisis lender.

The two “masterminded the falsification of gross liability and net reserve base returns with intent to make International Monetary Fund believe that the government of Malawi was meeting conditions connected to the extended credit facility,” a police statement said.

When it found out, the IMF suspended the facility, “to the prejudice of innocent ordinary Malawians”, it said.

Both served under former president Peter Mutharika’s administration from 2014 to 2021.

Before he became finance minister, Mwanamveka was CEO of government-owned Malawi Savings Bank, which was sold to a privately held lender during his tenure.

Police said Mwanamveka will also be questioned over the 2015 “fraudulent sale” of the savings bank.

In an unrelated case, a lawmaker and former local government minister Ben Phiri was also arrested on Wednesday for fraud and corruption.

The three arrests are the latest by Chakwera’s administration, which romped to power on promises of fighting corruption in one of the poorest nations in the world. 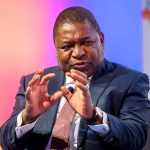