Reports on Wednesday indicated that the two were among a number of celebrities and other defendants who promoted a crypto token called EthereunMax last year.

They were accused of making “false or misleading statements to investors about EthereumMax through social media advertisements and other promotional activities”, The Wall Street Journal reported.

A New York resident, Ryan Huegerich, and other investors who purchased EthereumMax tokens between May and June last year and suffered losses allegedly filed the lawsuit in the Central District of California on January 7.

“Are you guys into crypto??? This is not financial advice but sharing what my friends told me about the ethereum max token!,” she wrote.

She included the #AD hashtag to show that the post was a paid advertisement, the lawsuit said.

Mayweather, on the other hand, allegedly promoted EthereumMax on his boxing trunks during a widely viewed fight with YouTube star Logan Paul in June, among other times.

Its value, however, fell the following week and continued to fall throughout June, losing 97% of its value and falling to less than its starting value.

As a result, some investors labelled it a “pump and dump” scheme, in which scammers attempted to increase the price of an asset by making false or misleading statements.

The group of investors who filed the suit wanted monetary compensation for the losses they suffered as a result of the alleged scheme, said a CNBC report.

Kim and Floyd have reportedly remained mum, the report said. 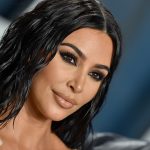 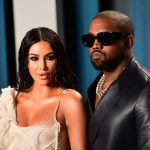