Maputo – The International Monetary Fund (IMF) on Tuesday signed off on $456 million in credit to Mozambique, the first such aid awarded since a catastrophic debt scandal erupted six years ago.

The outlines of the deal had been announced in late March.

The statement finalising the agreement marks Mozambique’s return to good graces after the “hidden debt” scandal, when the government took out $2 billion in loans that it concealed from parliament, the public and other lenders.

“The three-year arrangement will help support the economic recovery and policies to reduce public debt and financing vulnerabilities,” the IMF said in a statement.

“The program supports the authorities’ ambitious reform agenda,” it added.

The government contracted secret loans amounting to $2 billion (1.8 billion euros) in 2013 and 2014 from international banks to buy a tuna-fishing fleet and surveillance vessels.

Maputo masked the loans from parliament but the debt came to light in 2016, prompting donors, including the IMF, to turn off financial support.

An independent audit later found $500 million had been diverted and remains unaccounted for.

Prosecutors have charged 19 high-profile people over the scandal, forcing a former president and other top officials to testify in a case that has gripped the nation.

In 2020, the IMF approved $309 million in emergency support to help Mozambique meet its fiscal needs in the face of the Covid pandemic. 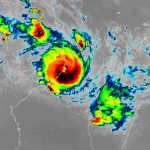