Cape Town – After a six-year delay, Eskom’s Medupi coal-fired power station has finally been completed, the power utility said in a statement on Monday.

“This milestone marks the completion of all building activities on the 4,764MW project, which commenced in May 2007. The planned operational life of the station is 50 years,” Eskom said.

It added: “What remains for the Medupi project is the last part of implementing the agreed technical solutions related to the boiler design defects on the balance of plant. Once these repairs are completed during the next 24 months, Medupi will reliably deliver power to the national grid at full capacity, helping increase energy security for the country.”

The delay in the project was caused “by cost overruns and significant design issues,” fin24 reported.

It was designed to address South Africa’s chronic power shortages, which have long been cited as a major impediment to unlocking the country’s economic potential.

The project is estimated to have cost the state approximately R150 billion, up from the initial estimated cost of R80 billion, according to Business Live.

Emirates to resume flights to SA, Nigeria after ban 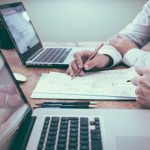