De Ruyter issued this warning during a media briefing on Tuesday morning.

According to EWN, De Ruyter said that the grid was under pressure as a strike by some of its employees at some of its power plants continued.

“This being winter, the load forecast for this evening is quite high – 31,990 megawatts of demand. We have capacity available, at this stage, forecast for 27,124 MW and that of course creates the shortfall in generation capacity,” said De Ruyter as quoted by the report.

ALSO READ: Eskom warns it may ramp up load shedding to stage 5

Since then, the power utility has implemented load-shedding, which is now on stage 4.

The power utility said it will return to the negotiating table to meet with union leaders in an attempt to resolve the strike-related issues, said the report. 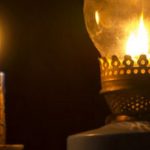