Zurich – Troubled Swiss banking giant Credit Suisse, which has scrambled to ease fears about its financial health, announced plans on Friday to buy back up to three billion Swiss francs ($3 billion) of debt.

The bank’s shares plunged to new lows this week following a series of scandals.

The cost of buying insurance against Credit Suisse defaulting on debt has surged in recent days.

Credit Suisse chief executive Ulrich Koerner, who took the reins in August with the mammoth task of revitalising the bank, sent an internal message to reassure staff last week.

Embattled Credit Suisse to buy back $3 billion of debthttps://t.co/yxkiuzkqG8

The bank said in a statement on Friday that the debt buyback was “consistent with our proactive approach to managing our overall liability composition and optimising interest expense”.

That would allow the bank “to take advantage of market conditions to repurchase debt at attractive prices”.

Credit Suisse said it was making two cash tender offers for debt securities denominated in pounds, euros and dollars worth up to $3 billion.

The offers expire on November 3 and 10.

Koerner is due to present “transformation plans” for Credit Suisse on October 27.

The bank was rocked by the collapse of the British financial firm Greensill, in which some $10 billion had been committed through four funds, and then by the implosion of the US fund Archegos, which cost it more than $5 billion.

In October, Credit Suisse was also fined $475 million by the US and British authorities over loans to state-owned companies in Mozambique.

The bank’s woes have fuelled fears it could face a “Lehman moment” – referring to the collapse of the US investment giant that kicked off the 2008 global financial crisis.

But analysts say such a collapse is highly unlikely as the bank is “too big to fail”. 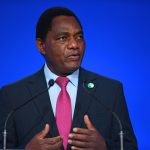 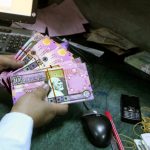 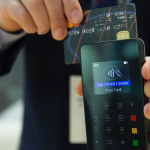 Mali says has caught up on debt payments