Cape Town – The Automobile Association (AA) has reportedly called on the government to urgently review fuel prices in the country, saying it is concerned about the impact the fuel hike would have on consumers.

The Department of Mineral Resources and Energy on Monday announced a massive increase in the price of fuel that will kick in this Wednesday.

Motorists can expect to pay a R2.37 per litre increase in the price of petrol, while diesel is set to increase by R2.30 per litre.

The price of illuminating paraffin will increase by R1.66 per litre.

JUST IN: Motorists can expect to pay more for fuel at the pumps from Wednesday.

According to SABC, the fuel price increase comes as the government’s 75c reduction in the fuel levy – as relief for struggling consumers– expires on August 3, 2022.

“The major increase to the fuel price remains the increase to international petroleum and that is being driven by the conflict in Ukraine which is contributing to supply and demand pressures. As long as this conflict is unresolved, the increases to fuel prices in South Africa and other countries remain likely. We understand that government has little leeway in terms of international petroleum prices and the rand/US dollar exchange rate, which is why we have called and will continue to press for a review of the fuel price, an area where the government has control of the fuel price, the report quoted AA spokesperson Layton Beard as saying. 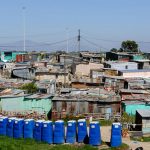