This comes after one of SA’s rappers, Cassper Nyovest also showered himself with McLaren on his birthday, adding to his collection of cars.

According to The Citizens, Cassper claimed to be the only person in the country with a McLaren car.

But the Royal AM chairperson took to his Instagram page to prove Cassper wrong by posting his golden McLaren 350.

According to TimesLIVE, a McLaren ranges from R3 million to R6.8 million.

Mpisane has also recently flaunted his brand new Mercedes-Maybach GLS 600 which is said to be worth R3 million.

Twitter users reacted to Mpisane’s new addition to his collection of cars.

Take a look at some of the reactions:

Cassper Nyovest: I’m the only one who drive McLaren in South Africa.. It will be available in February

I hope this McLaren talk doesn’t turn into a competition or comparison between @AndileMpisane and @casspernyovest . I think it’s actually dope to begin with that these 2 BLACK individuals own these cars, irrespective of who bought it first. 1 of 2 is still 🔥 #AndileMpisane https://t.co/jIwljL2EAd

Cassper Nyovest coming from nothing, worked hard and bought himself the McLaren GT. We can’t say the same about Andile Mpisane, probably MamKhize bought it for him. Now that’s the difference pic.twitter.com/IFcHLtOVKP 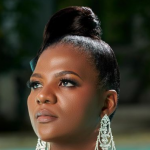 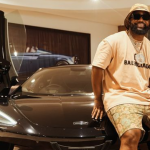