Siya announced the news on Instagram, posting a video in which he and Rachel discuss the new platform in greater detail.

“We always try to be true to ourselves and something that is on my and Siya’s heart is to create communities….We understand the fact that not everybody can afford massive amounts to give every month to give into projects. So we really to make it an open-ended giving portal where people can give any amount that they able to monthly,” said Rachel in part.

The platform is being developed in collaboration with the couple’s foundation, the Kolisi Foundation.

Siya and Rachel discuss ‘The Kolisi Kollective’ in greater detail below: 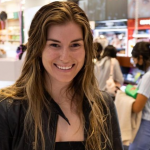