Cape Town – South African-born comedian and The Daily Show host, Trevor Noah, has taken to Instagram to remember his late grandmother Frances “Gogo” Noah, as he reminisced about the lessons she taught him.

Trevor’s grandmother died in May this year at the age of 95.

He shared a clip in which he spoke about her, saying she “is part” of his daily show.

“I think she taught me not to allow the frustration of the moment to overwhelm the idea of progress over time.

“I’m eternally grateful because she has left an indelible impression on The Daily Show. She’s part of my daily show; you can’t separate it from that,” said Trevor.

He said that his grandmother, whom he often talks about during his comedy show, impacted his life in a positive way.

“She gave me perspective. I think that was something she always did for myself, for my family, she put things into perspective.

“When you have lived for nine decades, the perspective that you have on progress…progressive ideas on improving your life as a person, whatever it may be, the perspective you have is a really interesting one,” said Trevor.

He captioned the post: “That’s what (my Grandmother) left me. Always laughing, always remembering, always appreciating, and just trying to remember where you were, where you are, and where you’re trying to be.” 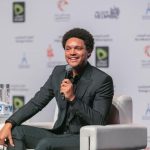 ‘What she is going through is terrifying to watch,’ – Trevor Noah speaks on Kanye West and Kim Kardashian split 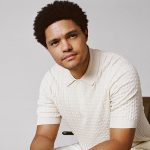 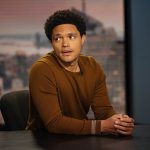