Cape Town – For the longest time, we have looked across shores when trying to draw inspiration from art. The likes of Van Gogh, Da Vinci, and lest we forget, the late Virgil Abloh, are some of the big names when looking at contemporary art icons, for example.

Of course, we’ve often used them as references for many art pieces.

But within these years, we have seen different aspects of art and designs emerge, with many artists starting a revolution of young creatives that are taking over the creative space.

Let’s take a look at some of the young South African creatives to look out for:

Eastern Cape-born Gugu Peteni is a designer whose vibrant and dynamic garments earned her a spot to showcase her work at Lagos fashion week in 2021 – the biggest fashion week in Africa.

She was among three South African designers chosen to participate in fashion week.

Where her designs are concerned, Peteni draws her inspiration from a myriad of things.

“When it comes to my inspiration and influence, there is no one thing, I’m literally inspired by anything and everything. It could be a song I listened to, the environment I’m in or current affairs. When I create work, I don’t limit myself, anything is possible and as a result, when I’m looking for inspiration, I really tune into all my senses and allow myself to pay attention to every detail of my surroundings,” she said

Peteni detailed some of the challenges she has encountered in the creative space.

“I have always seen fashion as art but over the years, I have had to find the medium between creativity (high fashion) and mainstream clothing. Yes, a sparkly matching sequinned two-piece is beautiful but 80% of the population just want a basic t-shirt so I have learnt to balance my artistic ideas with products that are going to sell,” she said.

Luke Rudman’s work draws heavy inspiration from topics such as queer history, environmentalism and colour cavorts between performance and non-traditional modes of art-making.

“My ‘flavour’ of performance art developed through trial and error – in my bedroom – long before I had the vocabulary to describe or identify my influences.”

As an artist, Rudman has never felt confined by – or ‘boxed into – a particular medium. Instead, he chose to blend the art forms which would result in the most successful and impactful piece of art.

Talking about his biggest highlights, Rudman has, among other achievements, been included in the Design Indaba Emerging Creatives class of 2022, collaborated with Rich Mnisi, and has been a Sasol New Signatures finalist. He has also been part of various collaborations with Greenpeace Africa over the past 4 years.

Njabulo Hlophe is best known for his beguiling street-inspired portraits and murals which traverse his lived experiences.

“Growing up in Soweto and spending my adult life in the Johannesburg inner city has blessed me with a well of reference as well as the ability to turn that into sublime illustrative experiences while making use of the bare minimum,” he said.

Hlophe examines a wide circle of things when framing his process, including going out to experience a community, a new space, or even a new relationship.

“Ultimately, all I am is a storyteller. So from there, I will decide which words best tell this story – in this case, which medium tells the story best. From there it is a lot of hours locked in a studio drawing, painting, adding, subtracting, and moulding whatever image I am going to use to tell the story I want to tell,” he said.

In his respective fields, he has given utterance that the poor representation of the South African market in the creative space has been challenging and that the biases exist from so many angles that it makes it difficult for emerging artists to find a voice for themselves.

But he said: “Not all is doom and gloom. When the love appears, it definitely appears for real.”

Hlophe’s most significant experience was working with the British Council, BazArt and Greenpop on a project titled “The Museum of Plastic”. The project was part of the climate change summit that took place in 2021.

During that time, he enjoyed being thrown into a community he knew nothing about and getting to experience so much culture and making so many new friends while still making beautiful, important work.

Omphile Sibanda is a Jewellery designer who is popular for her experimental accessory designs that are not only functional but can also be used on a daily basis.

Her artistic work starts by seeking inspiration for what she’s trying to create, developing that into something that feels unique to her, and refining it as much as she can, beginning “with my digitisation process”.

“Jewellery for me is like any other form of expression. So I use metal as my canvas, just like a painter would. However, the process of making jewellery involves a lot of special techniques, a skill set, a flair for art or creativity, and an appreciation for beautifully crafted objects,” she said.

She mentions the biggest challenges in the creative space as a lack of opportunities, especially for young South African jewellery designers.

“There really isn’t much for us and so we need to do so much to stay afloat.”

Sibanda’s biggest win, according to her was starting her own brand.

“I have learned a lot throughout the journey, I still am learning. Tough journey but very rewarding,” she said.

Thandazani Nofingxana explores colour, culture and emotions as three complexities he subconsciously goes through before creating.

Nofingxana, a textile designer, is obsessed with colour theory and its significance within his culture.

His practical processes are very fluid, almost everything goes.  He likes taking photographs of spaces and reading cultural archives.

“My current work is inspired by African architecture like the Rondavel. So I have been archiving quite a-lot of rondavels  around my areas since 2018.”

When it comes downside of the creative space he said: “I haven’t been looking at challenges as challenges, but rather opportunities – it sounds like a cliché but it’s true. I’ve realised most things were challenging because I had no information to them and once I do have access to the information it’s up to my intellect how I manoeuvre.”

Essentially, he believes that within textiles the industry needs fewer imports and government needs to revive the textile industry by supporting textile mills and manufacturers as well as its locals at scale.

“for example, Port Elizabeth is the hub of mohair and South Africa’s production of 90% of the world’ss wool yet the surrounding towns like EL, Mthatha, Dutywa do not have a knitting culture and skills to gain from the fact we are the biggest wool producers,” he said. 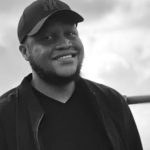 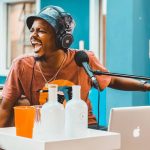 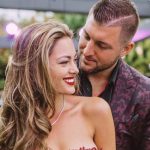