Cape Town – Miss South Africa Ndavi Nokeri has kicked off her three-day homecoming tour in Limpopo, as the province is this weekend hosting a series of celebrations to welcome the newly crowned beauty queen.

Ndavi, 23, from Tzaneen in Limpopo, won the crown two weeks ago at the Sun Arena in Times Square, Pretoria.

The new beauty queen has a BCom Investment Management degree from the University of Pretoria and is currently working for an asset management firm.

Ndavi was on Friday paraded throughout the stress of Limpopo, whilst being driven in a luxury vehicle where she was able to emerge from the rooftop.

She wore a blue dress with the signature floral Tsonga print, complete with her crown.

According to SABC, the programme began with breakfast in the morning, where she was joined by members of the provincial executive.

She then proceeded to Greenside Primary School, where she was welcomed by cheering pupils and women, who wore sashes and T-shirts printed with her face.

Nokeri beamed as she walked among the crowd.

“It’s been almost two weeks and it still doesn’t feel real. Seeing my family has made me so emotional. I realised that I haven’t seen them since I was crowned. It takes me back to that moment. We’re all still soaking it in,” Times Live quoted Nokeri as saying.

Nokeri committed to doing her charity work by handing out sanitary pads to the schoolgirls.

She hugged each grade 6 and grade 7 girl who collected a gift pack, the report said. 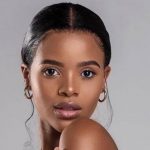 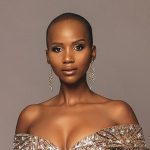 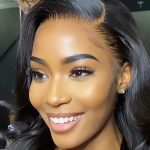 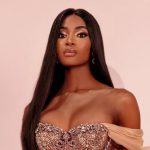