Cape Town – South African media personality and choreographer, Somizi Mhlongo recently left Mzansi in stitches when he pretended to be a soccer player while on an official book tour/signing in Namibia.

Somizi took to his Instagram account to share a video in which he jokingly told a bike instructor that he was a famous soccer player from South Africa.

“The instructor was told I’m famous, then he came to ask what do I do … just listen…,” he wrote.

The star even coined himself a field name, Ravaza’mrithitho, which according to him, meant that once he got into the field “all hell breaks loose”.

Clearly enjoying himself, Somizi turned the work trip into an enjoyable vacay by learning and exploring activities in and around the southern African country.

Somizi was in Namibia to market his cooking book ‘Dinner with Somizi’s – I am not a chef’, which he said was for anyone who was “scared” of the kitchen, according to The Namibian.

WATCH SOME OF THE CAPTURED MOMENTS: 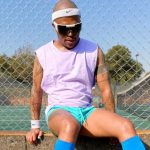 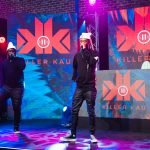 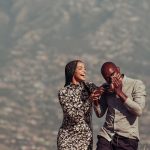