Cape Town – Kaya FM’s breakfast show hosts Skhumba Hlophe and Thomas Msengana are reportedly hanging by a thread as their contracts are being reviewed by the station.

It is said that Skhumba was the only one who was supposed to be axed at the station, not Thomas.

The station felt that Skhumba was a great comic but that didn’t translate to the radio.

The other source said that the duo was informed by the management that should their contracts be renewed, they will be moved to the graveyard or weekend slot.

“That is if they agree to the terms of their new contract. You can’t be paid the same when you are presenting a graveyard slot. If they fail to find each other, they will, unfortunately, have to leave at the end of this month,” the report quoted another staffer as saying.

The station’s publicity officer Helga Klizanie said that the station “will hold engagements with the affected talent, and any announcements to the public will be made when the time is right”.

Skhumba and Thomas have remained mum about the matter.

The duo’s fans took to Twitter to express their displeasure towards the rumours.

It’s not a Thomas and Skhumba problem, radio is dying, Kaya FM can chop and change all they want but this is just a consequence of people all sounding the same and having the same opinions on every radio station. You politicize things that should be left as is🚮

I blame the new MD from Metro fm, the unsettling changes she did there brought the station to the trash it is to date, she is bringing them same energy to Kaya, I think I will have to go back to talk radio😰.

We have watched kaya make some dumb radio decisions in the last 5 years or so, and I want to say sacking Thomas and Skhumba would be another one. That show might not be for me, but it is fire 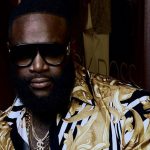 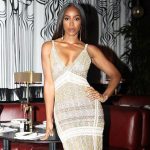 LOOK | The gifts, the selfies! – Here is what Kelly Rowland did during her visit to SA

‘Girl, you wouldn’t have looked at a guy with no money’ – K Naomi receives backlash after offering relationship advice 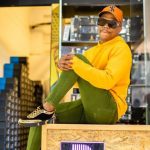 SARS ‘auctions off Somizi’s furniture after he allegedly fails to pay R3.5m in tax debt’ – report 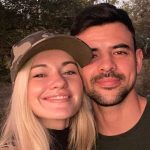