Cape Town – British racing driver and seven-time Formula One (F1) world champion Lewis Hamilton left the hearts of many Mzansi celebrities torn after he lost his F1 title to Max Verstappen on Sunday.

According to Independent, Hamilton seemed on course to win a record eighth world title as he streaked into the lead with only a few laps remaining.

However, it was the crash of backmarker Nicholas Latifi that changed the course of history, bringing out the safety car and allowing Verstappen not only to close the gap but to put on fresh tyres, leading to him essentially winning the F1 Abu Dhabi Grand Prix.

Mzansi celebrities weighed in on his defeat and expressed their shock.

Prince Kaybee, Sizwe Dhlomo, Anele Mdoda, Dr Musa Mthombeni just to name a few, were amongst those who were in disbelief.

Take a look at some of Mzansi’s celeb Twitter reactions to hamilton’s F1 loss here:

I can’t even ease my pain with a glazof (because medication) and there isn’t even chest to make this better (because impilo)! Yhuuuuuu! Ndi ya gowisha man! 🥺😭 pic.twitter.com/XjhcJIgKFj

This broke my heart💔, Lewis doesn’t deserve this, Max was nowhere near him from race craft, pace and pure professionalism and respect for this sport. Disappointing, unfair and unpleasant. Stay strong Lewis❤️ #AbuDhabiGP pic.twitter.com/BNE3NpdluH

I think @LewisHamilton needs to come here for a few months and intern as a taxi driver to prepare him for the kind of driving he needs to do for the next season.

He’ll win the season with 10 races to go. pic.twitter.com/Gjj6kjLt3K

Terrible result for Lewis but great result for F1. Championship decided on the final race, everyone arguing about the rules online and a dramatic ending for the next season of Drive to Survive.

Better to be a controversial sport than a boring one. 🤷🏽‍♂️😄

I can only hope this heartbreak brings on weight loss for me. It can’t all be bad. 🏁🏁🏁🏁🏁🏁 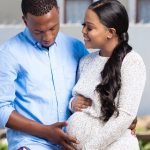 PICS | ‘I’m so proud of my wife,’ says Dumi Mkokstad as he and wife Zipho announce pregnancy