Cape Town – The South African arts and entertainment industry was left in shock on Friday following news that actor and producer, Shona Ferguson has died.

In a statement released on behalf of the Ferguson Foundation, the family spokesperson Thato Mataka, said Ferguson died from Covid-19 related complications.

“It is with great sadness that we confirm the passing of Mr. Shona Ferguson He passed away at noon today (Friday, 30 July 2021). Mr. Ferguson’s untimely passing was due to Covid-19 related complications, and not a heart operation as reported in the media,” the statement said.

The family asked for privacy as they “process the painful loss”.

“We ask that you give the family time to process this painful loss, and respect their space during this time. More details will be shared in due course.”

According to Channel24, Ferguson was born Aaron Arthur Ferguson on April 30, 1974.

He was known for various TV roles including starring in Muvhango as Dr Leabu. In March 2007, he left the Venda soap opera and starred as Itumeleng in The Wild from 2011 to 2013.

Ferguson and his wife Connie Ferguson also launched Ferguson Films in 2010 and brought productions such as The Queen, Rockville, iGazi, The Throne, The Herd, and Kings of Jo’burg, to name a few, Drum reported.

Meanwhile, messages of condolences continued to pour in on social media

This is really heartbreaking news. May his soul Rest In Peace.

I pray that his wife, family and friends would be comforted by the Lord in this difficult time. #RIPShonaFerguson pic.twitter.com/8fJagmJMtz

Our deepest condolences go out to the family and friends of television producer and actor, Shona Ferguson.

We will forever cherish the moments you shared with us here at Scandal. #RIPShonaFerguson🕊️ pic.twitter.com/NQvZYyYG7q

So it has been confirmed Shona Ferguson passed away Rest in Pewce Uncle Sho🙏🏼 ,I was looking forward to king of Jozi Season 2💔#RIPShonaFerguson pic.twitter.com/Ja7k3DSsLn

RIP Bhuti Shona . My condolences to your beloved wife &family. What a painful loss but to be absent in the flesh is to be present in the Lord ❤️🙏🏾 phumla ngoku Bhuti #RIPShonaFerguson pic.twitter.com/WoqJgXLkJw

May God give Connie and the rest of the family strength during this difficult time 🥺🥺💔🙏 #RIPShonaFerguson pic.twitter.com/Uhg1d2GDi7

My heart goes out to Connie. He loved her out loud and their kids 💔💔💔💔
Thato ya Ntate Modimo e bohloko ka nnete #RIPShonaFerguson 💔💔 pic.twitter.com/nXte0JU3S8

The loss of great industry contributor is something that we can never get used to.

An iconic man, who led the success of many locally brewed productions. May these stories live on.#RIPShonaFerguson pic.twitter.com/HJ5qnZwHIb 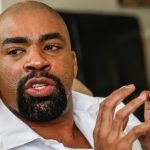 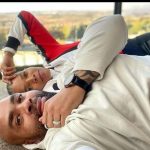 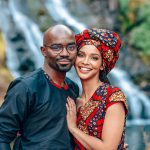