Cape Town – Miss South Africa Lalela Mswane has confirmed in a statement on social media that she is preparing to participate in the 70th Miss Universe pageant that is scheduled to take place in Israel on December 12.

Mswane took to her Instagram account to express her joy to represent South Africa in the international pageant.

“It is with so much gratitude that I prepare to represent my beautiful South Africa at the 70th Miss Universe competition. Being Miss South Africa is not only an honour but also a huge responsibility and I am determined to serve our country proudly in the best way that I can.”

“Beyond being granted a national platform during my reign to have a wider reach when tackling the economic and social issues which I have committed myself to, the title also comes with the opportunity to represent our country on an international platform along with women from all walks of life, all coming together to affect positive change in the causes they are passionate about and advocate for,” wrote Lalela in part.

Mswane’s confirmation comes after growing calls for her to boycott the pageant over Israeli’s alleged atrocities against Palestine.

It also comes after the government distanced itself from the organisation’s decision to participate in the international pageant despite being asked to reconsider.

Take a look at some of the reactions on Twitter:

Lalela says she’s going to Israel because of the women that came before her that fought for our voices. What about the voiceless women of Palestine? Does she not feel she should stand up and fight for them?

I support Ms Lalela Mswane to go ahead with the pageant in Israel.
South African Government must stop its hollow posturing.
* SA has diplomatic ties with Israel
* SA trades with Israel.
Govermnt could have used Lalela to communicate its disgust with how Palestinians are treated. pic.twitter.com/ZMrd0oxtaV

I really love Lalela, She’s going to represent SA by fire by force!Yes wena girl go and show them how it’s done 💃👏🤗 pic.twitter.com/5buUVUybbU

In her Instagram statement, Lalela says she wants to “hopefully be a part of, and contribute to, a process of dialogue and peace.”

And then proceeded to limit the comments on her post. pic.twitter.com/KtSh9HlSZr 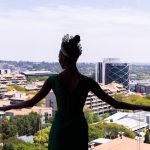 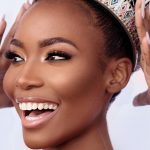 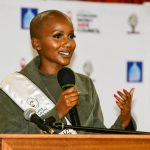 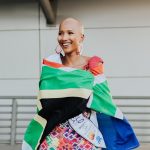