Cape Town – South African actor and media personality Khaya Dladla made an appearance as one of the guest judges on the country’s singing competition, Idols SA on Sunday.

Dladla brought with him some positive energy that left fans of the show clapping in awe.

According to The Citizen, Dladla’s appearance on the show was part of Idols SA’s effort to “honour the LGBTIQ+ community, as the top five performed songs from artists who are part of the community and its allies”.

For the third year in a row, the Mzansi Gay Choir also performed on stage as part of Pride Month.

Guys, girls, gays, theys and thems 💙🌈! Please give a warm welcome to the #IdolsSA episode 16 guest judge, Khaya Dladla 👏! Get to know them by reading below and get ready for a show like no other. Sunday, channel 161 @Mzansimagic, 5pm.

Earlier this year, fans of the show saw one of the show’s judges, Somizi Mhlongo stepping away from the judging panel after his estranged husband, Mohale Motaung, claimed that he abused him physically and emotionally during their relationship.

In a leaked audio recording, Mohale claimed that Somizi broke his ribs and nearly knocked out his two teeth in a jealously-fueled domestic dispute in their Joburg home last year.

As a result, M-Net revealed the plan going forward for the judging panel of the show.

Idols SA has since been welcoming guest judges on every episode to join the resident judges, Unathi Nkayi and Rendall Abrahams.

Fans of the show reacted to Khaya’s appearance and were convinced he could be a permanent judge as a replacement for Somizi.

Take  a look at some of the Twitter reactions:

Khaya Dladla is doing an amazing job as a guest judge 👏🏾 #idolssa pic.twitter.com/kNzFH6Qmu2

#idolssa
I really think Khaya an Perfect judge i’d love to see more of him pic.twitter.com/a5Jcq2Lw5a

DJ Tira dismisses claims he was paid to promote getting vaccinated 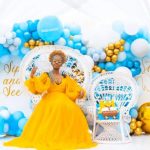 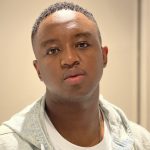