There is a map that did the rounds on Facebook, showing how Africa could swallow the US, a large part of Europe, India, Japan and the UK. While there is some debate about the accuracy of creator and computer graphics expert Kai Krause’s chosen method, the point is valid – Africa is a very, very large place.

Comparatively, however, Africa’s 26 000 km coastline is much shorter than that of other continents: North America’s is 222 004 km, the EU’s is 32 000 km and Australia’s is 25 760 km. Even tiny Japan’s is 29 751 km. Whether this has had any effect on Africans’ ability and willingness to set to sea is, obviously, debatable. What isn’t, however, is that both the continent and the country at its southernmost tip should be taking greater advantage of the ocean.

‘The oceans have the potential to contribute up to ZAR177 billion to the gross domestic product and create just over one million jobs by 2033,’ said South African President Jacob Zuma at the 2014 launch of Operation Phakisa’s first phase, aimed at getting more from the country’s 1 535 538 km² exclusive economic zone (EEZ) of underwater territory off the country’s mainland and around the Prince Edward and Marion group of Antarctic islands.

Zuma added that, in 2010, economic activity in the marine sector deposited ZAR54 billion into South Africa’s kitty. Last year, the country’s GDP was around ZAR3.5 trillion, with growth having averaged approximately 3% year-on-year in that period. The ‘blue economy’ contributes considerably to the GDP of some African countries, including Guinea-Bissau, Mauritania and Sierra Leone.

An adaptation of Malaysia’s Big Fast Results method, Operation Phakisa aims to address national key priority areas including poverty, crime and unemployment. It entails setting clearly defined goals and continuously monitoring their progress, the results of which will be made public. In November 2014, a second phase, aimed at health clinics, was launched.

For six weeks in mid-2014, representatives from government, the private sector and civil society organisations gathered in Durban to thrash out how best to sustainably exploit South Africa’s oceans. There is a February deadline for government departments to submit plans on how they will bring Operation Phakisa to life. Therein, of course, lies the rub.

According to Department of Environmental Affairs spokesperson Zolile Nqayi, developing South Africa’s oceans economy is set to boost job creation. In 2010, approximately 316 000 people were earning an income from the sea; that number is estimated to grow to 1 million by 2033. The six-week talks defined four areas of focus: oil and gas, governance and legislation, shipping and aquaculture.

Obvious omissions include tourism and fishing, both of which are fairly well-established sectors within the South African economy. Tourism is an important revenue-earner for the country, providing close to 7% of GDP, and South Africa’s coast plays a major part in this, from shark cage diving and whale spotting to the cruise industry, surfing, fishing and seafood.

According to Sindiswa Nhlumayo, executive head of the South African Maritime Safety Authority’s Centre for Excellence, fishing was left out of Operation Phakisa’s ambit precisely because too many of the country’s stocks are already over-exploited. This is a global problem and not uniquely South African – according to the United Nations Food and Agricultural Organisation, approximately 85% of the world’s fish supplies are either over-exploited or exploited to their maximum.

The WWF SA says that almost 50% of South Africa’s living marine resources are fully exploited. Furthermore, 15% are over-exploited and that ‘of equal concern is the number of species in which the current stock status is uncertain’.

Nhlumayo says climate change has an impact on environment. ‘There is a need to intensify efforts to preserve the overfished stock,’ she says.

While fishing is still lucrative for some, it’s the oil and gas sector that has caused ripples of excitement across South Africa and Southern Africa. New resources have been found, changing the game in the global oil and gas milieu.

‘Scattered pockets of natural gas off the coasts of South Africa and Mozambique were all that Southern African countries seemed to offer in terms of oil and gas resources,’ says global management consulting firm AT Kearney in a research paper. ‘That changed in 2010 and 2011 when a potential 500 trillion cubic feet of gas was identified across Mozambique and South Africa along with 11 billion barrels of oil in Namibia. Together, these countries gas reserves equal those of Canada or Venezuela. These discoveries could transform the Southern African region.’

The game is on in South Africa too. Institute of Security Studies researcher Timothy Walker explains how the announcement that 9 billion barrels of oil and 11 billion barrels’ equivalent of natural gas lie within South Africa’s EEZ ‘is attracting the greatest interest [among the four Operation Phakisa focus areas]. The indicated and tentative reserves are equivalent to 40 years of South African oil consumption, and 375 years of gas consumption. However, making a profit in such a capital-intensive sector without creating environmental harm will not be easy’.

Lawyers have pointed out that the country’s Minerals and Petroleum Resources Development Act (MPRDA) is, as yet, inadequate in terms of properly governing the exploitation of proven oil reserves, or even the testing of resources.

‘Most of South Africa’s industrial infrastructure, including legislation, has been done on the assumption that there is no gas here, but now there is belief in deep offshore [gas pockets],’ says Standard Bank oil and gas expert Simon Ashby-Rudd.

Minister of Mineral Resources Ngoako Ramatlhodi is open to the oil and gas sector being split off from the MPRDA, where the focus is on terrestrial resources that, lawyers argue, are extracted in completely different ways.

However, it’s unclear when this will happen, and the MPRDA amendments rushed through Parliament ahead of the mid-2014 elections have been held up after Ramatlhodi asked Zuma to hold off on signing them into law in June, due to a technical dispute.

This gives the impression that South Africa is lagging on the legislative side of things, which is true if the country’s legislation is compared with the best, says maritime law expert Patrick Vrancken, who holds the South African research chair in law of the sea and development in Africa at the Nelson Mandela Metropolitan University. South Africa is ‘about 10 years’ behind countries such as Canada and Australia in this arena, he says.

That said, government is drafting a new Ocean Governance Act that will put structures and procedures in place that will hopefully ensure that departments collaborate effectively on planning where, when and how to take advantage of the country’s oceanic bounty, he says. The aim for this process is 2015.

This new legislation will also require that proper marine spatial planning is done. This is a process that brings together multiple users of the ocean, including energy, industry, government, conservation and recreation, to make informed and co-ordinated decisions about how to use marine resources sustainably, which is what Operation Phakisa is all about.

‘Most leading maritime nations have such a cross-cutting act that speaks to and resolves turf wars,’ says Vrancken.

The UN Environment Programme says that shipping, which carries 90% of world trade is ‘the safest, most secure, most efficient and most environmentally sound means of bulk transportation’. According to shipping giant Maersk, up to 80% of trade between South Africa and its partner states is maritime-based. This makes ports a vital trade channel for the country, even though it has no flagged ships – despite the government eyeing ship-flagging as a revenue source.

Africa’s largest port, Durban, is to be expanded by parastatal Transnet, which bought the site of the former Durban International Airport for approximately ZAR2 billion. It plans to ease congestion by building a new port in the Durban container terminal.

The 30-year project is expected to cost between ZAR75 billion and ZAR100 billion, which will come from its ZAR1 trillion transport-infrastructure budget. Phase one is set to begin in 2016 with completion due in 2020, although it already appears likely that these deadlines will be delayed.

Up to 80% of trade between South Africa and its partner states is maritime-based. This makes ports a vital trade channel for the country

It has been reported, however, that African countries are reluctant to use South African ports because of the country’s high port tariffs. The World Bank has recommended SA lower port charges to improve competitiveness and encourage the growth of small and medium-size exporters. The government has a ZAR1 billion port tariff rebate that considerably lowers the tariffs, but its charges are among the world’s highest, with research showing Durban’s to be 874% above the global average for containers.

There is also the argument that South Africa and the continent’s internal infrastructure needs to be vastly improved so that more goods can get to and from ports, boosting economies.

Also underdeveloped in South Africa is aquaculture – fish farming. Zuma points out that while it contributes to almost half of the global fish supply, it provides less than 1% locally. The government is keen to use it to develop economies in rural communities. It has set its sights on developing 24 projects by 2019 in a bid to grow the sector’s revenue from some ZAR500 million to almost ZAR1.4 billion by then.

However, as independent fisheries expert Shaheen Moolla points out, South Africa is battling an electricity supply so tight economists have long warned it is curbing economic growth. Other problems include access to clean water in a country where 95% of available freshwater resources were already allocated by 2005.

Right now the country has big plans in place. According to Nhlumayo, they include the development of ‘intellectual power’ through its higher education institutions; positioning the country as ‘an economically viable [maritime] business location’; sustainably developing its maritime economy; and improving legislation, administration and law enforcement.

The state also intends building a ‘vibrant and growing industrial economy linked to the export of manufactured goods and the provision of services to the international community’.

South Africans, desperately needed economic advancement and the rise in jobs that theoretically goes with it, must certainly hope that these plans result in action. 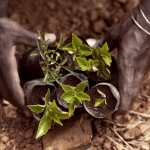 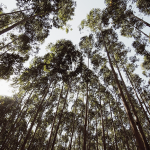 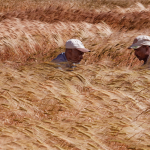 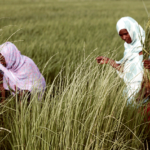 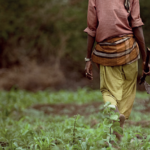 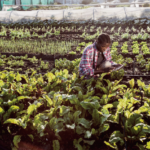 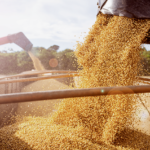 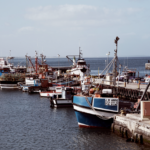